As the founder of a pioneering investment firm, Tony Pell ‘56 spent much of his career helping clients look forward, building wealth and planning for their future.

Yet Pell urges us to look backward to discover a different kind of wealth: America’s rich history, a small but significant part of which Pell and his family have burnished for generations.

Nearly 200 years ago, one of Pell’s ancestors purchased the crumbling Fort Ticonderoga, which played a critical role in American history; the fort was the site of the first Colonial victory in the Revolutionary War, won when Ethan Allen and Benedict Arnold led a raid seizing it from the British in 1775. Pell’s grandfather, Stephen Pell, opened the fort’s doors to the public in 1909 after leading an extensive renovation of the landmark. Though it was remote, it was one of a handful of historic sites in the nation to be so preserved at the time, and among the first to become tourist attractions.

Pell, who remains on the board of the non-profit organization that runs the star-shaped fort, retains an ardent family pride in Ticonderoga. “We’re not the Rockefellers, you know,” says Pell. “But we somehow pulled it off that we gave this to the American people as a great historic site that deserved to be honored by the country.”

That family pride gave rise to a lifelong belief that at a time when the future looks especially muddy, the past can be an invaluable guide. In addition to his role with the Fort, Pell serves other preservation-oriented groups, including Historic New England and the U.S. Committee of the International Council on Monuments and Sites. “History and civics is really the critical thing to get across to young people today,” says Pell, who well recalls his own Northwood education in those topics.

“If you don’t understand what went on in a place like Ticonderoga, you’re missing something very significant,” he continues. He thinks back on young men during the Revolutionary War, the same age as his teenaged grandson, “fighting for a cause they barely understood anything about - how could they? But there was something about freedom, and of having the opportunity to advance yourself. That meant something to them, and they went through incredible privation to achieve that. Those are the lessons, I think.” 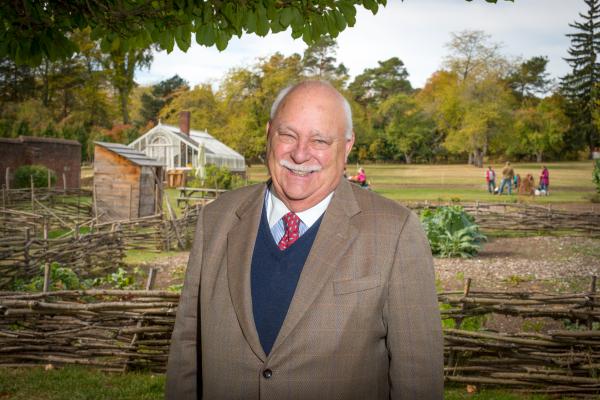