Northwood School offers Crew, or rowing, during the fall and spring seasons.

Fall regattas are "head races," time trials over river courses typically two to three miles long; spring regattas are in "sprint" format, with six boats racing side by side down a straight 1500-meter course. Because rowing is an aerobic racing sport, it involves extended training efforts, both on land and on water, that lead to high levels of aerobic fitness. Because the athletes sit on sliding seats and get most of their power from the large muscle groups in the legs and back, trained rowers have strong legs and excellent core strength.

The SRAA Regatta is always held somewhere on the East coast; when we qualify a crew, as we've done four times in the past nine seasons, we compete there. Our frequent use of small boats (singles and doubles), which our small size favors, makes our athletes versatile candidates for positions in collegiate programs, many of which offer scholarships and/or preferential admissions status for talented high-school rowers. 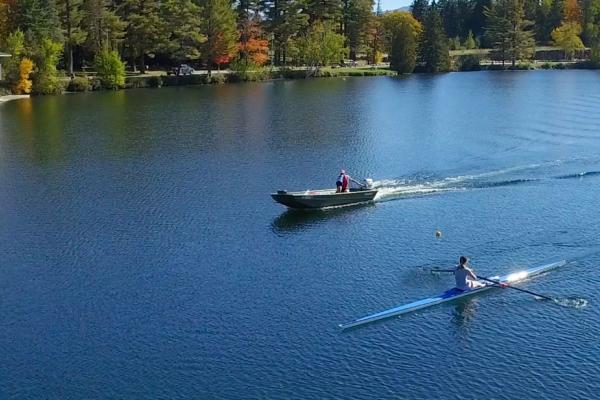 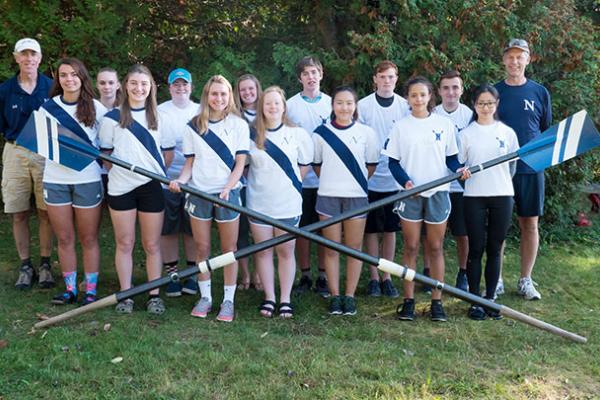 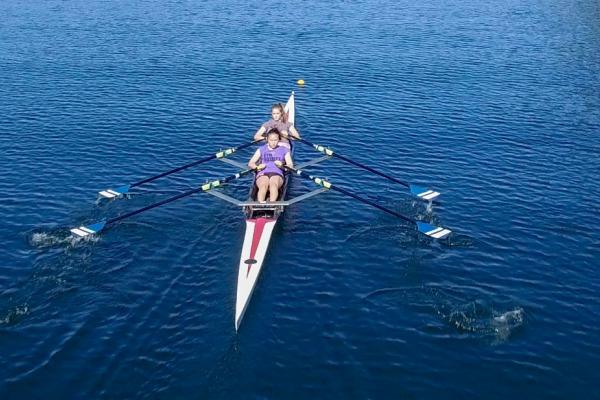 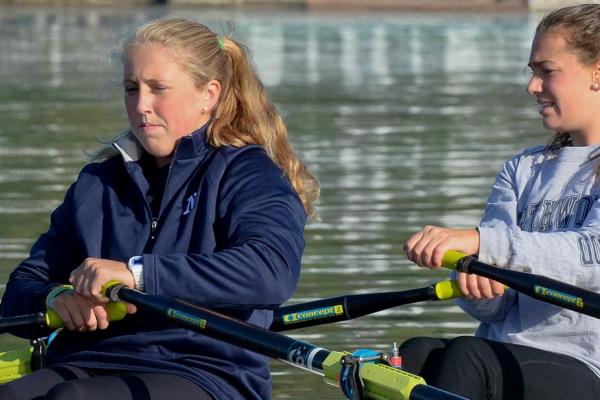 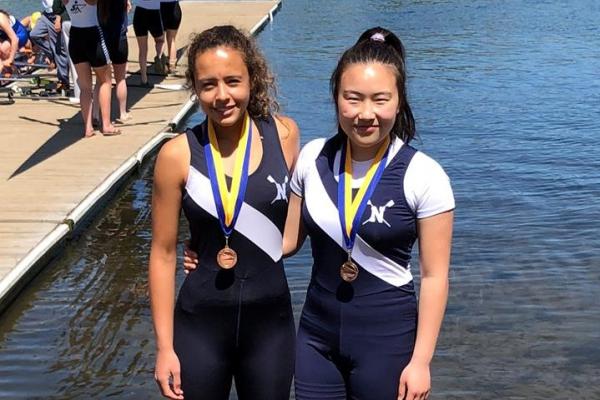 Northwood's campus is a short walk from Mirror Lake and rowers utilize the school's beach as a base for training and practice. Here, Coach Runyon offers instruction for a solo rower in action.