Northwood School's All-School Read is designed to foster a sense of community by encouraging a shared intellectual experience across the school. The All-School Read tradition at Northwood has been in place for more than thirty years. Recent titles have included Unbroken (Laura Hillenbrand), Where You Go Is Not What You'll Be (Frank Bruni), The Bridge of St. Luis Rey (Thornton Wilder), Freakonomics (Steven Levitt and Stephen J. Dubner), and I Am Malala (Malala Yousafzai). Each spring, a committee of faculty, staff, and administration selects a book to be read by all members of the school community before arriving to school in the fall.

The 2019 All-School Read is The 57 Bus: A True Story of Two Teenagers and the Crime That Changed Their Lives, by Dashka Slater. Our theme for the 2019-20 school year is COMMUNITY, and The 57 Bus will give us lots to talk about regarding community, as well as race, gender, class, and justice.

One teenager in a skirt.

One teenager with a lighter.

One moment that changes both of their lives forever.

If it weren’t for the 57 bus, Sasha and Richard never would have met. Both were high school students from Oakland, California, one of the most diverse cities in the country, but they inhabited different worlds. Sasha, a white teen, lived in the middle-class foothills and attended a small private school. Richard, a black teen, lived in the crime-plagued flatlands and attended a large public one. Each day, their paths overlapped for a mere eight minutes. But one afternoon on the bus ride home from school, a single reckless act left Sasha severely burned, and Richard charged with two hate crimes and facing life imprisonment. The case garnered international attention, thrusting both teenagers into the spotlight. The genre-bending story explores themes of community, gender, race, class, and justice.

“The Fire on the 57 Bus in Oakland” by Dashka Slater. This article was later expanded upon and turned in the book that is our All-School Read.

“If You Read That ‘NYT’ Story About Two Teens in Oakland, Keep This in Mind” by Dani McClain

This is an interview with the author about her 2015 New York Times Magazine article.

“The Teen Who was Set Afire on the Bus: The Lives Behind a Shocking Assault” by Otis R. Taylor, Jr.

In this interview, the author reads two excerpts from The 57 Bus to offer a sense of Richard and Sasha: Richard’s letter to Sasha from jail and a post from Sasha’s Tumblr blog. Discussion focuses mostly on criminal justice and wealth, race, and inequality issues. The author expresses her hope that the empathy shown by the two families involved will resonate most with readers.

This list of discussion questions provided by the publisher of The 57 Bus may be utilized to prompt discussion as well as informal or formal written work.

1. The beginning of the book expresses the desire to do something to stop the events that are about to take place. What might a passenger on the bus have done to change things? What can any of us do to prevent incidents like the one that happened on the 57 bus?

3. The glossary beginning on page 33 has separate categories for gender and sex, sexuality, and romantic inclination. Do you experience those things separately from one another, or are they intertwined?

4. The book is about an alleged hate crime. Who in the story exhibits hate? Who exhibits love?

5. Some people argue that bias crimes shouldn’t be on the books at all, that only deeds should be against the law, rather than the motive behind the deed. Others argue that bias crimes are worse than other crimes because they arouse fear among an entire group of people. What do you think? Is it important to prosecute hate crimes? Why or why not?

6. At one point Richard’s family members relate the case of Donald Williams Jr., a young black man who was bullied by his white roommates in a university dormitory. Like some of Richard’s friends and family said about what Richard did, Williams’s roommates defended their actions as a “prank.” Do you think the two cases are similar or different? What’s the difference between a prank and bullying, and between a prank and a hate crime? Is there a difference?

7. Should juveniles be charged as adults when they commit serious crimes? Do you agree with the idea of “adult time for adult crimes?” Was Nancy O’Malley, the district attorney, justified in trying Richard as an adult?

10. Did Sasha’s family’s attitude toward Richard surprise you? Did you agree or disagree with their reaction? Why?

11. Which is harder—admitting you’ve done something wrong or forgiving someone who has wronged you? Are contrition and forgiveness linked?

12. Have your peers ever encouraged you to do something dangerous or mean? Did you go along with it?

13. Do you think Richard was being honest with the police when he told them his reason for setting Sasha’s skirt on fire? If not, why do you think he lied?

15. Richard had been robbed not long before he set Sasha’s skirt on fire, and his close friend had been murdered earlier that year. Have you ever been the victim of a crime, or lost someone close to you? How did it affect you?

16. The fire on the bus impacted Sasha and Richard in profound ways, but it also affected the people around them. What were some of the repercussions for those people? Are there other crimes discussed in the book that also had far-reaching impacts?

17. What point do you think the poem “Binary” is making? Do you agree or disagree?

18. What do you think is the goal of criminal punishment? Why do we put people in prison? Do you think it’s an effective strategy for reducing crime?

19. What does it mean to forgive? Jasmine tells Richard to “forgive, but don’t forget,” while Richard counters that you have to forget in order to forgive. Which do you think is true?

20. At the end of the book, Andrew says that he finds being a boy as much of a trap as being a girl. What might make gender a trap? Is that how you experience it?

21. Who did you identify with or understand in the book? Who was harder for you to relate to?

22. Several people wrote letters that are included or mentioned in this book—Karl, Debbie, Richard, and the principal of Richard’s school, Matin Abdel-Qawi. What do these letters have in common? How is a letter different from other forms of communication?

23. One chapter in the book describes ways in which the adolescent brain is different from an adult’s brain. Did this description ring true to you? Do you see yourself as being “under the influence of adolescence”?

24. In the chapter “Court Date,” members of Richard’s family talk to the media for the first time. Why do you think people took their statements the way they did? What role does the media play in shaping how people see criminal cases?

25. What do you make of the types of sources Slater uses to tell the stories of Sasha and Richard? To what extent do they allow Slater to do justice to each person? 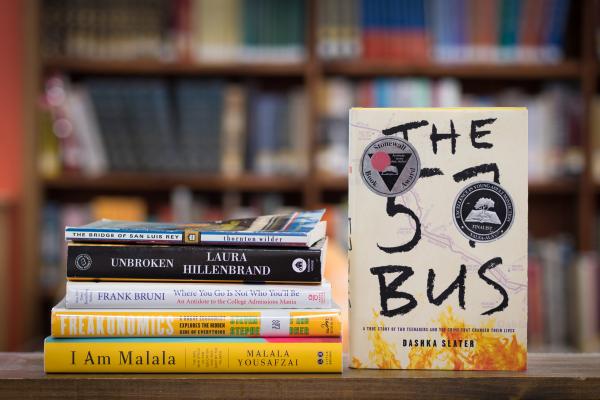 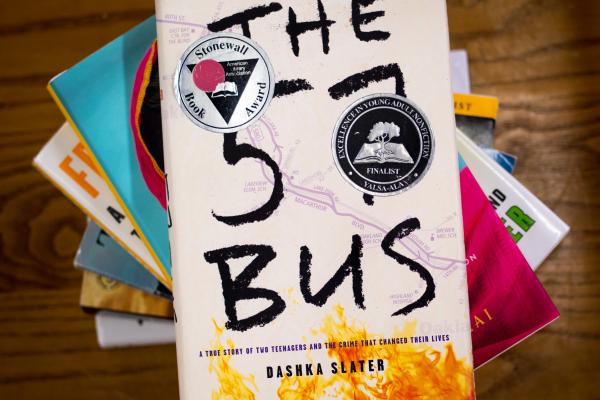 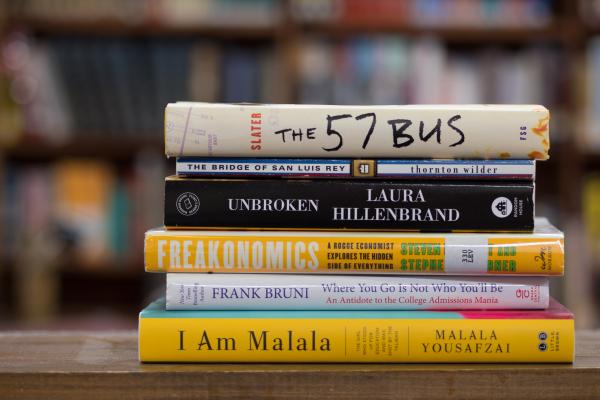