When Eleanor Powell ’80 was at Northwood in the late 1970s, there were few women, either fellow students or alumnae, to whom she could turn for career guidance

It wasn’t until after college, and a stint as an accountant that she found ultimately unfulfilling, that a cousin suggested she try working in investor relations, a mix of public relations, finance and marketing that instantly appealed to both halves of her brain.

“I think that this is a tough thing that a lot of kids face coming out of high school,” says Powell, now the executive director of investor relations for The Estée Lauder Cos. “I think, how do you possibly know what to do? There are so many professions out there.”

That’s why Powell – despite a leadership role at a company that generates more than $11 billion in sales worldwide annually – gives her time freely to students who are handling their own career conundrums. “Northwood is a small school,” says Powell, who graduated in 1980. “I think it’s especially important for alumni to be involved. It’s not like Harvard or Yale where they’ve got just a massive alumni pool in a variety of industries.”

One thing today’s Northwood students have going for them, Powell says: The school produces students who are more involved than ever in the world around them. Since graduating, Powell, who served as a Northwood trustee for six years, says she’s noticed many laudable changes at Northwood - and not just the fact that there are more women (and students of color, and international students) in attendance. Millennial students, she says, are more focused on philanthropy, and the environment, and becoming involved in issues that inspire them than students of her own era ever were.

Powell herself has long been committed to a host of progressive causes, including Planned Parenthood, Emily’s List and Doctors Without Borders. And in her career at Estée Lauder - a company in which 85 percent of the workforce, and half of senior executives, are female - one of her responsibilities is to let the public and investors know of the company’s own increasingly deep portfolio of socially conscious initiatives, and the value of pursuing those.

To students, she has her own message: Be informed, and be involved. Because the world won’t stop to wait for you.

“In thinking about what makes a life of consequence, I think it is engagement,” she says. “It’s engagement in your profession, or your community, or wherever. It’s using the tools that you have, intellectually or physically or financially, to make a difference.” 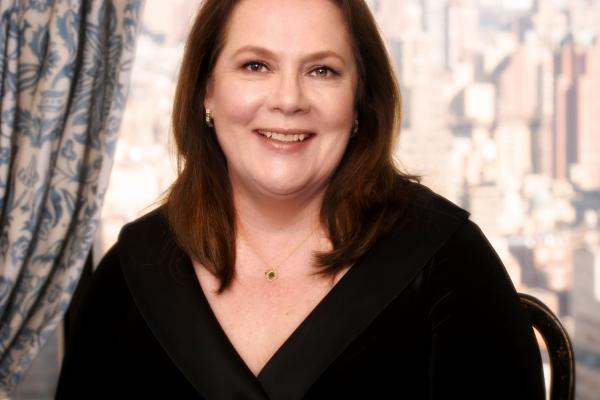